I have a lot of random conversations through the interwebs, here’s a piece of one.

Her: “I look at the stuff Yayahan wears and its like she’s never even heard of femimism!”
Me: “First, Yaya Han, two names there, it makes it sound like you confused her with Benihana. Second, a goal of feminism is for women to be able to wear what they want without being judged for it. So, she’s doing her part and wearing what she wants, when do you do yours and drop the judgmental crap?”
Her: “Typical make response “show me teh bewbs!”
Me: “So now you’re judging me on stuff that you (not me) said? If she wants to wear it, let her, when I hear that she’s being forced to wear something that she doesn’t want to, I’ll be grumpy on her behalf. For now, I’ll just stick to being grumpy with those that rattle off sexist drivel and those that try and shame people for being themselves, in other words, you’re no better than the “show me teh bewbs!” crowd.”
Her: “Your just a typical male asshole!”
Me: “Nah, I give it style… must be the beard… or the cane.”

I get so many variations on this sort of argument that I can’t even make a macro for a standard canned reply. Well, I suppose I could. “Quit judging people you asshat!” But it sort of lacks something. 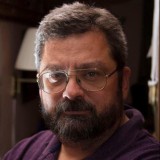